Winter, Year 5
“Look, you told me you wanted to eat a bit healthier, Gerald.” Daisy was exasperated. Gerald had insisted he wanted to get fitter but he complained every time they went to the leisure centre and he complained when she gave him fruit salad for breakfast, instead of his usual buttered toast. “You either want to get fitter or not.”
Gerald scowled. He hated being told off and especially by his wife. It was still alien to him even having a wife and they’d been married for six months now. “I do want to,” he replied gruffly and hoped the case was closed.
“Right. So you’ll come to Lux Park with me today?” Daisy asked firmly.
Gerald nodded and sighed heavily.

Gerald huffed and puffed as he ran on the treadmill. Plastering a smile on his face in case Daisy could see him, he quietly cursed whoever had invented the idea of the treadmill. He loathed exercising with a group of complete strangers; but he didn’t have many friends so his options were limited.

Daisy made for the yoga room. She was aware that Gerald didn’t really want to be at the centre with her but she was desperate for them to have something in common. Their frequent arguments at the restaurant didn’t help her feelings of discontent and her intruding thoughts about her brother-in-law were almost always there, at the back of her mind.

With Daisy safely ensconced in the yoga room, Gerald escaped outside to the basketball court. He enjoyed sports but not when he was being forced to participate. He hadn’t like it at school and he loathed it now. Basketball, however, was the one sport he’d always enjoyed and he was delighted to see the new courts at the back of the leisure centre. They hadn’t been there when he’d last been dragged there with Daisy and he found himself actually enjoying exercise for the first time in a very long time.

After her yoga session, Daisy settled down for a massage and, for a while, allowed herself to think about Ethan. She knew she shouldn’t; she was married and so was he but she couldn’t stop him from drifting into her thoughts all the time. She felt a twinge of guilt; Hollie didn’t deserve the be out in the cold any more than Gerald did.
Sometimes life seemed very unfair.

Gerald set off for the art gallery after leaving Lux Park. He’d always loved art and so far, had never had the chance to do anything about it. The gallery was a good place to think and get away from the pressures he was facing. It always seemed so peaceful, surrounded by beautiful paintings by talented artists. He drifted upstairs. He’d heard from Javon, a friend from University and an artist, that the Rising Sun Gallery were setting up some art studios on the top floor. On a whim, Gerald poked his head around the door of one and found it empty.
For the first time in years, Gerald began to paint.

It was dark and Gerald still wasn’t back. Daisy was out in the city, taking Cherie for a final walk of the day. She wondered where he’d got to; she’d been told he’d left the leisure centre already by the time she’d finished with her massage and there was no note at home.
Briefly, she wondered if she’d been pushing him away a bit since Christmas and decided she hadn’t. She did still love Gerald, whatever these feelings for Ethan were about. Sighing, she turned around and led Cherie back to the flat.

The following morning, Gerald had already got up and gone out when Daisy woke up. Savouring the peace, she got her knitting out. She hadn’t been working on it as much recently and as it was her only source of income, she decided this would be the best time to work on it. 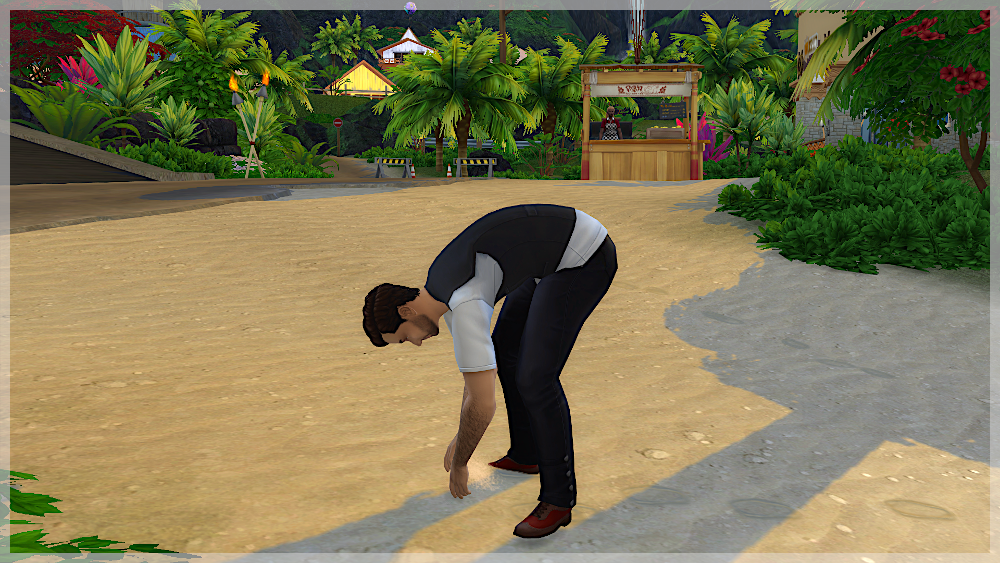 Gerald had taken himself off to the beach. Sulani was his favourite place in the world and the only place where he felt truly calm. He hadn’t told Daisy where he’d been the previous afternoon and evening; it had been the early hours of the morning by the time he’d returned to the flat and Daisy had been sound asleep. Unable to sleep, he’d left for the islands very early, before she’d woken up. He had a lot of thinking to do.