Autumn, Year 4
“Damn, what is that line?” Daniel asked, sounding frustrated. He ran a hand through his hair and felt like screaming. He was at the Royal Willow with the rest of the Actors Company, trying to run through his lines for the pirate series he was starring in. Normally, he loved learning his lines but the last few weeks had been very testing on his mental stamina.
“Relax, me lad, there’s land in sight!” Jack glanced up at his friend. “Are you sure you’re okay, Dan? You seem really out of it today.”
“Not really.” Daniel sighed heavily. “I think I need a drink.”

Jack led the way to the bar downstairs and ordered a round of drinks.
“What is the matter with you today?” Rebecca asked. “You’re all over the place.”
Daniel sighed and nursed his glass of nectar. “Cristina had the baby the other day.”
“Oh!” The others looked surprised and didn’t know what to say.
“Mmm, exactly.” Daniel shrugged. “I don’t know how to feel. On the one hand, it’s incredible. I have this baby daughter, tucked away safely in Glimmerbrook. She sounds beautiful and yet I’m also terrified because suddenly it’s dawned on me that I have a baby. It doesn’t even feel real yet.”
The group fell silent. Jack got up to sign some autographs, much to Rebecca’s irritation. When he sat back down, he frowned. “Dan, have you been to see the baby yet?”
Daniel shook his head. “Not yet. I was waiting for Cristina to invite me, really.”
“You do have a right, you know. She’s your baby, too.”
“Jack’s right,” Dale replied. “Maybe it’ll feel real when you’ve been to visit.”
“Maybe you’re right.” Suddenly, Daniel felt a bit more optimistic. “Thanks, guys. I’ll give Cristina a ring tonight.” 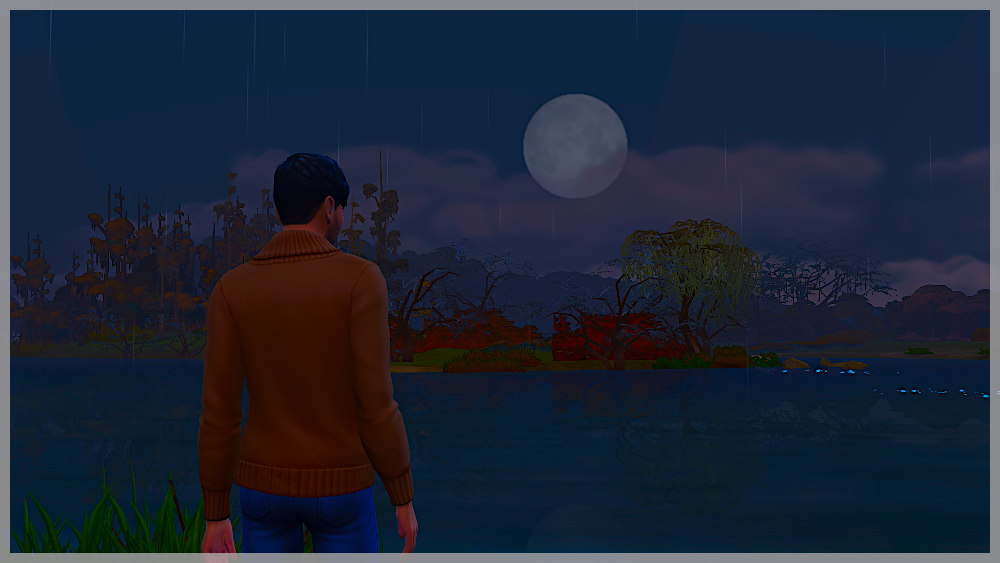 It was dark by the time they’d finished and said their goodbyes. Daniel pulled a jumper over his head and drifted over towards the river bank. The moon was high and the rain began to fall but Daniel stood for what seemed an age, just listening to sounds the river provided. Everything felt different yet at the same time, not much had changed.

The following morning, Daniel set off for the leisure centre. He was going to visit Cristina and Willow that afternoon and Jack had advised him to take a day out and relax. So he took full advantage of the massage opportunities at the leisure centre and booked himself in for one.
It was surprisingly therapeutic and Daniel found himself wondered why he’d never done this before. “Daniel! Lovely to see you!” Cristina gave a stiff smile as Daniel arrived in Glimmerbrook.
“Wonderful to see you, too. You’re looking well!” Daniel felt his enthusiasm was a little over the top but he felt incredibly nervous.
“I’m doing okay. You ready to meet your daughter?”
Daniel felt a mild pang as Cristina led him inside the small castle. He’d been hoping for an indication that Cristina did actually like him but so far, she was giving nothing away. It was frustrating. He felt like there was so much she wasn’t telling him and it drove him crazy. Daniel stepped gingerly into the nursery and stared in wonder at the little bundle in the cot. “Willow?” He whispered. “It’s Daddy, sweetheart.”
He picked her up and cuddled her. Turning to Cristina, he said, “I picked up a sleep suit for her. Is it okay if…?”
Cristina nodded. “Sure. I’d better be off anyway, I’ve got some things to do. Simon’s at work but Caleb’s here if you need anything.”
Suddenly proud, Daniel changed his tiny daughter into her new sleep suit. “There you go, darling. That’ll keep you warmer.”

There were other members of the household that had mixed feelings about Daniel’s visit.
Oreo sat defiantly on the dining table, listening intently to the sounds of Willow gurgling contentedly upstairs. He’d never been sure about Daniel.
Caleb was also unsure. He knew Daniel had every right to come and see Willow but he felt protective of her. He was worried it would confuse her when she was older, having three fathers around and a part time mother. Simon had assured him that they could explain everything when she was older and that at least she was being showered with love and attention now but Caleb still felt protective and agitated whenever someone else was in the nursery with her. Even when it was her biological father.

Daniel returned to his flat that evening feeling a lot better. With Cristina out, Caleb had explained about his and Simon’s role with raising Willow and how they’d been hoping Daniel would be okay with it all. Daniel had felt a sense of relief; he’d been fretting about raising a baby and, knowing he had a demanding job, he was afraid of not being there for his daughter as often as he’d like. Knowing she had two other responsible adults to look after her made him feel a lot better.

The Romance Festival was setting up in Daniel’s neighbourhood. He normally didn’t go for any sort of superstition but suddenly, he wanted to talk to somebody about his relationship with Cristina and the romance guru seemed as good a person as any.
Until he had a conversation with the guru, that is. The prediction wasn’t positive and Daniel promptly left the festival, feeling gloomier than before.

Feeling irritable, he blasted his neighbour, Dale, for loud music in his flat. In spite of being coworkers, the two men did not get along and were constantly sniping at each other over noise. Not for the first time, Daniel was cross with Cristina for moving out; she’d always been a much better neighbour.

The next morning, Daniel woke up feeling rough. The events of the previous day came rushing back; the first sight of his daughter, the information about Cristina’s disinterest in her, the prediction of the romance guru. Suddenly, the good feelings he’d had yesterday morning had vanished.
He knew he needed to get out of the flat.

Jack went with Daniel to the gym to work out. Daniel was due on set that afternoon, so the guys spent some time at the leisure centre, working out and relaxing. Daniel felt the tension from the previous day melting away. By the time he made it to the set, he was feeling better again. He even managed to remember his lines and made it through the scenes with little effort. Perhaps things weren’t so bad after all.